Both original and important:
A masterpiece on the true American Frontier

Dr. Jeff Broome’s book stands as one of the most important books on the US Frontier published today. It’s an essential reading for both historians and fans of the Old West.
Based on excellent sources (Broome found the most detailed accounts of Indian depredations in the Library of Congress), the book follows the Indian raids against the pioneers in Kansas. The attacks are widely related with both newspapers accounts and testimonies by witnesses. The stories are moving and show the real story of the settlers – a story that has been shamefully masked by today political correctness. It also gives full understanding of the period as if we had lived in it. It’s not surprising that most of the pioneers felt that the Eastern public, who didn’t deal with Indians, couldn’t understand their situation. Broome’s book gives the key to the life on the Frontier. There are so many details that you virtually live each situation. In but a few pages, you are in the 1860s.
The book is a very important book for every Custer buff and people interested in the battle of the Washita. As a Custer author myself, I can guarantee that no one can understand the road which led to Washita without reading Broome’s book. The day-by-day account of the troubles on the Solomon river and Custer campaign are excellent. I have worked a lot on the battle of the Washita, but I was desperately looking for a book which really related the Indian raids instead of simply mentioning them as if they were an accident, or worthless events. Broome’s filled this blank. It’s one of the most important books ever published on the Washita campaign. It gives all the keys to understand that major event in the history of the West.
The core of the book centers on Susanna Alderdice, a young girl from Kansas who was captured by the Cheyennes and finally murdered by her captors while the US army was about to rescue her. Again, Broome looks at every source, every detail. Susanna’s sad story is detailed with a vivid style – yet always respectful and descent. It’s easy to see that the purpose of the book is to honor Susanna and the pioneers by telling their story without artifices, by being true to the core. It also gives justice to the old days of the American frontier without complacency for horrors. I think that the pioneers would have seen the book as a true account of what they were going through.
The book will also please Buffalo Bill’s fans, for it relates the battle of Summit Springs, which crushed the Dog Soldiers. General Carr and Buffalo Bill (as a scout who fought and possibly killed Chief Tall Bull) were involved in this fight which was a great US success. Broome gives full accounts of soldiers and takes the reader deeply into action. No aspect of the fight is forgotten: for example, the analysis of the fallen Indians is a model of objectivity and historical research.
Broome offers incredible stories too: Susanna’s boy lived with an arrow in his back for some time before taking it off without any problem!
A general look on the book: the cover and the back cover are a great work, and the book offers a lot of excellent pictures and paintings (more than 40 pictures!) with an amazing quality. It’s a beautiful piece of work, both content and look. It was a delight to read it and I recommend it to everyone who wants to understand the Frontier or to study it. I particularly appreciated the pictures of monuments and graves, which make the reader remember that the Old Days… weren’t that old. In fact, it was almost yesterday, and Kansas has still scars of these events. The book is really a microphone given to the victims and the witnesses.
I honestly think that every US history buff should read it. It’s not surprising that a chief historian of the Washita battlefield, while talking about the Plains wars with me, cited Dog Soldiers Justice as one of the most important books ever published on the subject. I agree with this statement.
Broome’s book is simply a masterpiece. 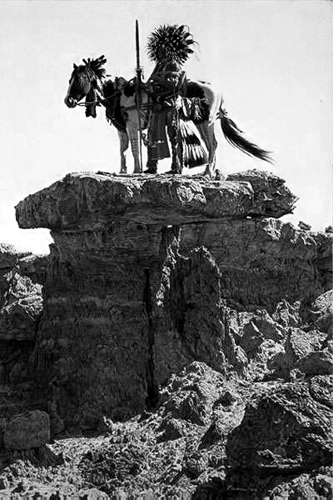